The truth is I’ve always loved games but was never heavily exposed to the family board game or video game culture early on in my household. Being of Caribbean descent my siblings and I grew up around more traditional games; dominoes, ludi (Parcheesi) chess, checkers, backgammon and playing cards. Usually it was a cousin of […]

The truth is I’ve always loved games but was never heavily exposed to the family board game or video game culture early on in my household. Being of Caribbean descent my siblings and I grew up around more traditional games; dominoes, ludi (Parcheesi) chess, checkers, backgammon and playing cards. Usually it was a cousin of mine that would happen to have a commercial board game like Monopoly or Snakes and Ladders. 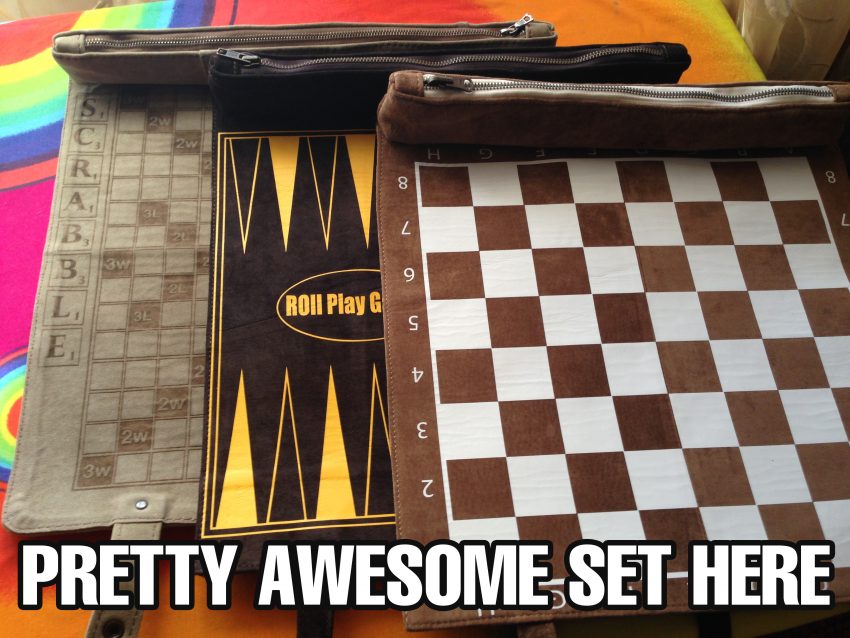 Like most kids growing up, entertainment is key in keeping that busy body out of mischief and danger… Usually. Watching TV, reading books, drawing, colouring, building things, breaking things, doing chores around the house, homework and listening to music seemed to be what made up 90% of our “busy” time during the 80s and 90s. Sports were always a go-to for me when it came to entertainment. If I can be outside doing something, anything, it was on. Sitting inside watching TV or playing video games or board games, which I had none of, wasn’t even an option unless it was dark or raining. I enjoyed drawing and crafting more so than gaming, but then again I chalk that up to access and exposure (or lack thereof). My parents played one game religiously… Scrabble. I grew upon Scrabble. Mom, dad, aunts and uncles. My grandmother (dad’s side) had a backgammon game set. You know the one with the leather case, the polyoxybenzylmethylenglycolanhydride (Bakelite) discs. I remember my uncles and my dad and his friends playing dominoes at every family function. Not a Monopoly or Connect 4 or Snakes and Ladders to be found.

My passion encircled two things: sports and arts. Every moment I could I spent it outside. Either rollerblading, skateboarding, playing baseball, hockey, soccer, or riding my bike. Most of these activities weren’t limited by my residence at the time. I’ve lived in houses and apartments growing up and I’ve moved 6 times before grade 10. Whether it was a hallway, a basement, underground parking, a backyard, someones’s driveway or a playground, I went hard. Living in an apartment building isn’t the most exciting thing. Especially when you’re young and can’t venture outside of your own floor for the most part, but I believe most kids who live/had lived in those conditions made up for that time spent not outside by fiddling around indoors. I never had a game console until I was 16 and I never owned any board games so indoor activities were limited to Paper Ball Sports. Those would be the ones where a simple ball of paper (taped or not) would be used to play hockey, using your hands as sticks; Baseball, using your arm as a bat; Tennis, using your hand as a racket. I also got into making paper car racers or designing cardboard activity games like tabletop pinball, basketball and hockey. My creative nature and thirst for entertainment fused into a passion I would later realize was game design. Not only exciting and challenging for me, but globally recognized as a movement in entertainment.

Bring on the Consoles

In school friends had introduced me to commercial board games like Monopoly, Clue, and Game of Life. I remember never really having a hunger to play board games, but I did like playing card games. In elementary school I found ways to create my own card game and dice games. Even making my own roll your own adventure game for a class project with my peers. The ideas were fun but what as more entertaining were my G.I Joe’s, my paper toys, my Lego and my crafting. Regarding video games, my first major exposure to that was my best friend, Mike, from grade 5. He usually had the latest console and we’d play after our long walk home from school. NES, SNES, and PlayStation when it first came out. Video games were cool.

I never thought that decades later I’d be able to actually create games at home in my spare time with tools and software for everyday use. I didn’t have to spend 4 years in college programming games on a full time basis. The general access to technology and knowledge these days have made it possible for anyone to exercise their interests in the comfort of home without heavy time or monetary investment.

Now as a grown man with a family, full time job and little personal time, I’m trying to instill in my child that in-home activities aren’t any more or less eventful than outdoor activities – hear me out. Especially when you have guests or when the weather doesn’t permit going outdoors. Indoor activities don’t only have to take place when outside is not an option. I’m all for getting outside and having fun, but a different and questionably equal type of fun can be had indoors, at the kitchen table. Or on the floor in the living room. Or on the coffee table. There’s always something you can do indoors that doesn’t include watching TV or browsing the internet. As long as we’re having fun together.

Which brings me to tabletop gaming. My son loves dice. No matter what type they are or what game they’re a part of, he wants to hold them and roll them. Counting the pips are a joy to him. Even at the early age of 2 he gripped them in his little hands and dropped them just like it’s hot. My wife isn’t much of a board gamer. She likes a couple games here and there, mostly stuff she enjoyed when she was younger, but has no real interest in delving into more involved tabletop games. It makes it really, REALLY hard to get her to give me an enthusiastic once over when I ask her to play test my game ideas. She’s a trooper though and usually is willing to entertain me for 5-10 minutes. I’ve pleasantly surprised her on a few occasions, which I guess goes to show no matter how cool I think an idea is it may not be widely accepted others. That’s okay though. I’m not in it to make money, or to change my profession. And realistically the market is ridiculously saturated with seasoned vets and more ambitious indie designers. I don’t have the bankroll nor the time to give my ideas any real weight in hopes to outdo some of the other great indie game designers out there. I don’t sell my self short though. I think what I’ve created so far are games any and everyone can enjoy, and through playtesting I have found others do.

I design things because I love to create. I design games because I love to share my creativity, and that’s the real key. Sharing my creative output, whether it’s in arts, comics, storytelling, music, game design, web design, whatever. I want to create enough pieces of work to leave a legacy behind for my child and his children’s children. My mark on the world starts with ADL and only ends when I do.